Resilience Against All Odds 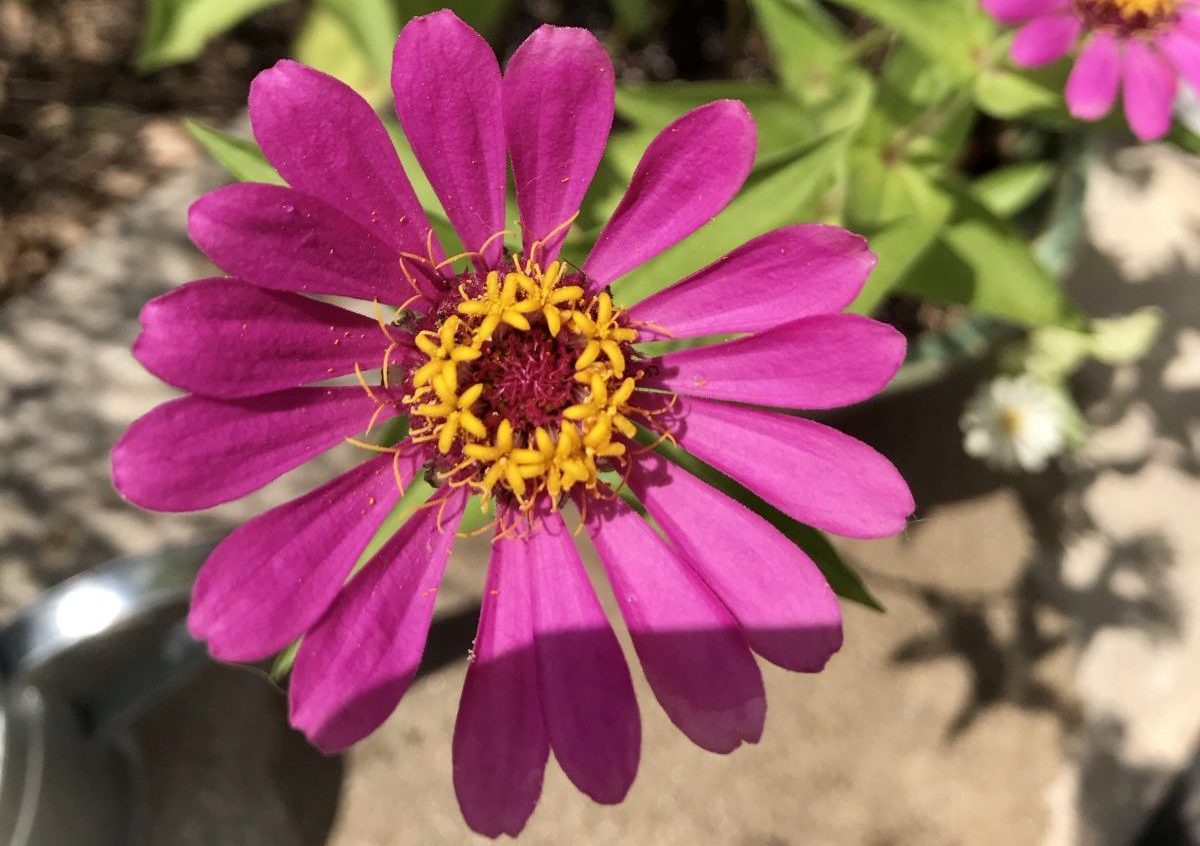 These flowers should have died. Instead, they are thriving.

We recently had the house washed. I’d been procrastinating having it done–three years to be exact. A few weeks prior, I planted some zinnias from seed. I’ve become smitten with this flower and couldn’t wait to enjoy some home-grown beauties. For weeks, I intently watched as the seeds sprouted little tiny shoots, then began to grow taller as they reached for the sun–all while sprouting big, luscious leaves along the way.

I dreamily anticipated the day the mail lady would walk up and get to enjoy the beautiful blooms as she dropped mail in our box. I envisioned her appreciating the sweet little surprise that greeted her–a nice contrast to the ferocious, yet harmless, dog that typically caused her to quicken her pace.

The contractors arrived and set to the task at hand. I went out and asked if I could assist by moving anything in the way out of their path. They politely declined stating they would handle it, so I went about my day. By the time the contractors left, the house was sparkling. I didn’t waste any time offering high praise through an online review.

I walked off the porch to see my once beautiful, thriving zinnias looking pitiful. Brown spots covered the plants. The chemical used to clean the house had destroyed them, I was certain.

It left me devastated.

They were just a few plants, but I had watched them grow for weeks eagerly anticipating the day they would bloom. All the effort for naught, or so it seemed.

I couldn’t let my zinnias go down without a fight. So, I did what I could to give them a chance. I (painfully) pulled out the plants that were beyond repair and removed the dying leaves hindering the potential of the plants that remained. Every couple of days, I continued the process.

Then one day, I spotted it: a bud. And a few days later, a couple more. I couldn’t believe it. The zinnias had survived!

Plants highlight so much about life to me. The zinnias chose resilience. They could have easily given up and succumbed to the chemicals threatening to destroy them, but they fought. Once merely surviving, they are now thriving.

How often in life do we choose to give up and take the easy path?

I think back to my desire to stop chemo in December. That would have been the easy choice. But what would I have missed out on if I hadn’t pushed through? Maybe this pot of zinnias would have never been planted. And maybe I wouldn’t have realized just how glad I am that I kept up the fight instead of taking the easy path.

Though the easy route is often tempting, it’s rarely rewarding.

Let’s choose the path that leads us to thrive instead of simply survive.

1 thought on “Resilience Against All Odds”